At least three people have died following an explosion that caused a building to partially collapse in centre of the Spanish capital, Madrid.

A fourth person was missing and several others were hurt, officials said.

City officials said the blast, which destroyed four floors of the building, had been caused by a gas leak.

Mayor José Luis Martínez Almeida told reporters after the blast that a fire was raging inside the building, which belongs to the Catholic Church.

The blast happened shortly before 15:00 local time (14:00 GMT) as gas workers were repairing a boiler at the back of the building in the central Puerta de Toledo area of Madrid.

An 85-year-old woman passer-by and two men were killed while a third man who had been working on the boiler was missing, Spanish media reported. One of the injured was in a serious condition and taken to hospital, according to officials. 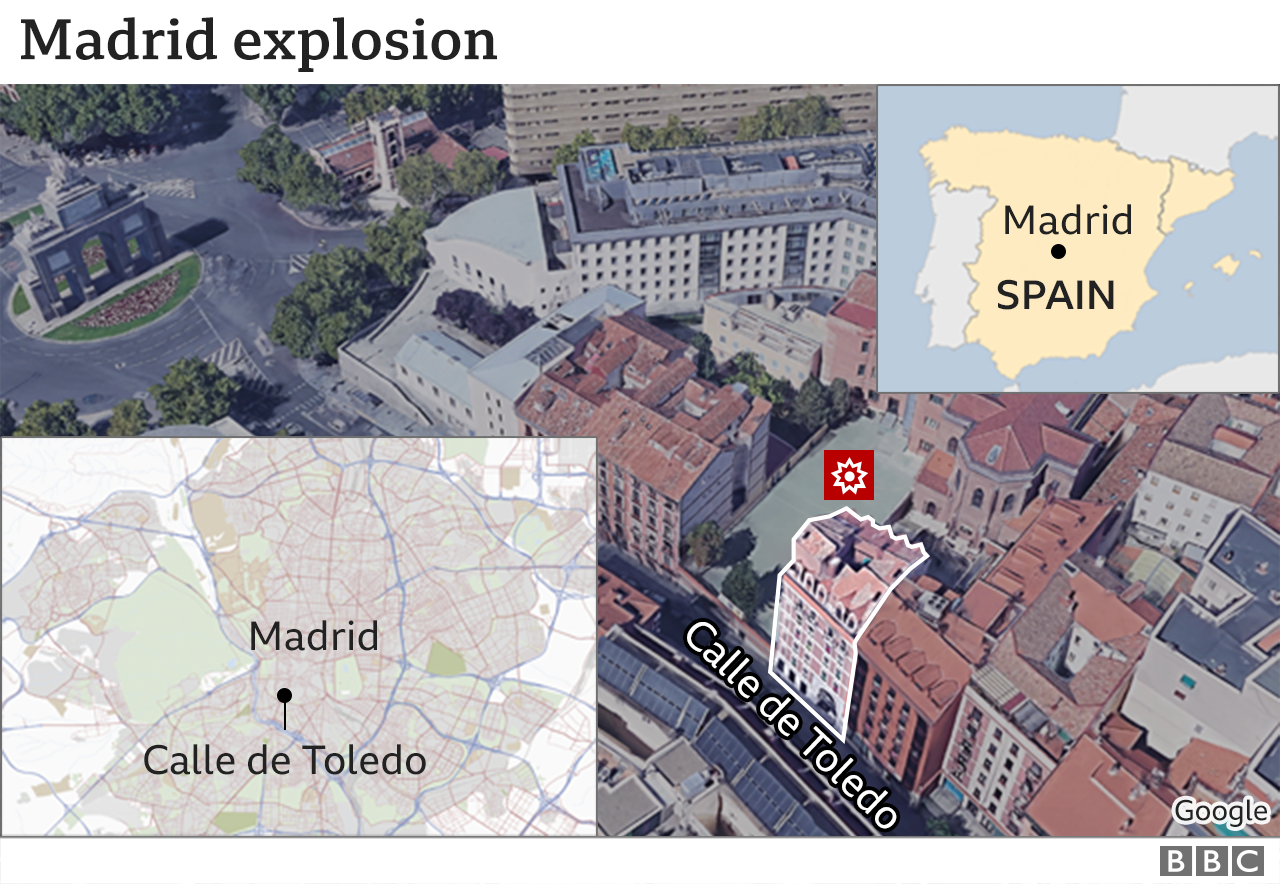 Rescue workers evacuated more than 50 people from a care home next-door to the building in Caille de Toledo, but a school on the other side was closed at the time of the blast.

Four floors of the building were destroyed in the explosion, which could be heard in many areas of Madrid. Images shared on social media showed billowing smoke and debris strewn along the street.

Emergency services said nine fire crews and 11 ambulances were at the scene and some of those caught up in the blast were treated on the street.

Police officers cleared the area, closing it to all traffic and pedestrians, and appealed to local residents not to come near.

“The noise was very loud, very loud, really,” Lorenzo Fomento, who was working from home at a nearby apartment, told AFP news agency. “I never heard anything so loud before,” he added.

The director of the nursing home, Antonio Berlanga, said all the elderly residents were fine and places were being found for them to spend the night.

Senior Parliamentary staff to serve on contracts after change of terms