President Uhuru Kenyatta has sent a message of condolence to the family, friends and relatives of former Nairobi Mayor Dick Wathika.

In his message of condolence, President Kenyatta said Wathika was a respectable leader and his death was a loss for the whole country.

“Wathika was friendly and outgoing, a trait that endeared him to many and even though he left us, we celebrate the contribution he made to our society,” said President Kenyatta in his message of condolence.

The President said his thoughts and prayers were with the family of the late Wathika.

“It is our prayer that God will give you the strength and fortitude to bear the loss,” said the President.

Wathika, who passed on Saturday night, was also a former Member of Parliament for Makadara.

Other leaders also mourned the fallen leader mainly by sending condolence messages to the family and friends through their social media accounts.

May Gods peace that surpasses all understanding guard your hearts & mind during this difficult time. #RIP Hon Dick Wathika 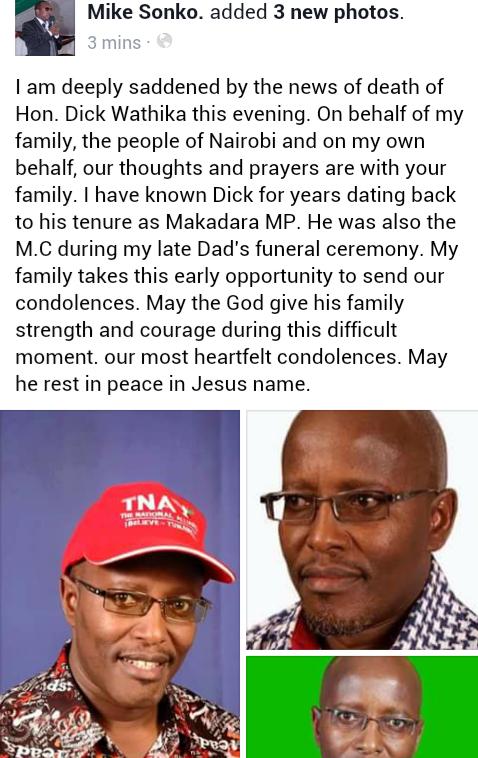 Many of Nairobi residents most certainly still feel the impact of his contributions to development of Nairobi City. Sad, R.I.P Dick Wathika

Amplus Run will give you all the morale you need

52 Ethiopians arrested while travelling to Mombasa